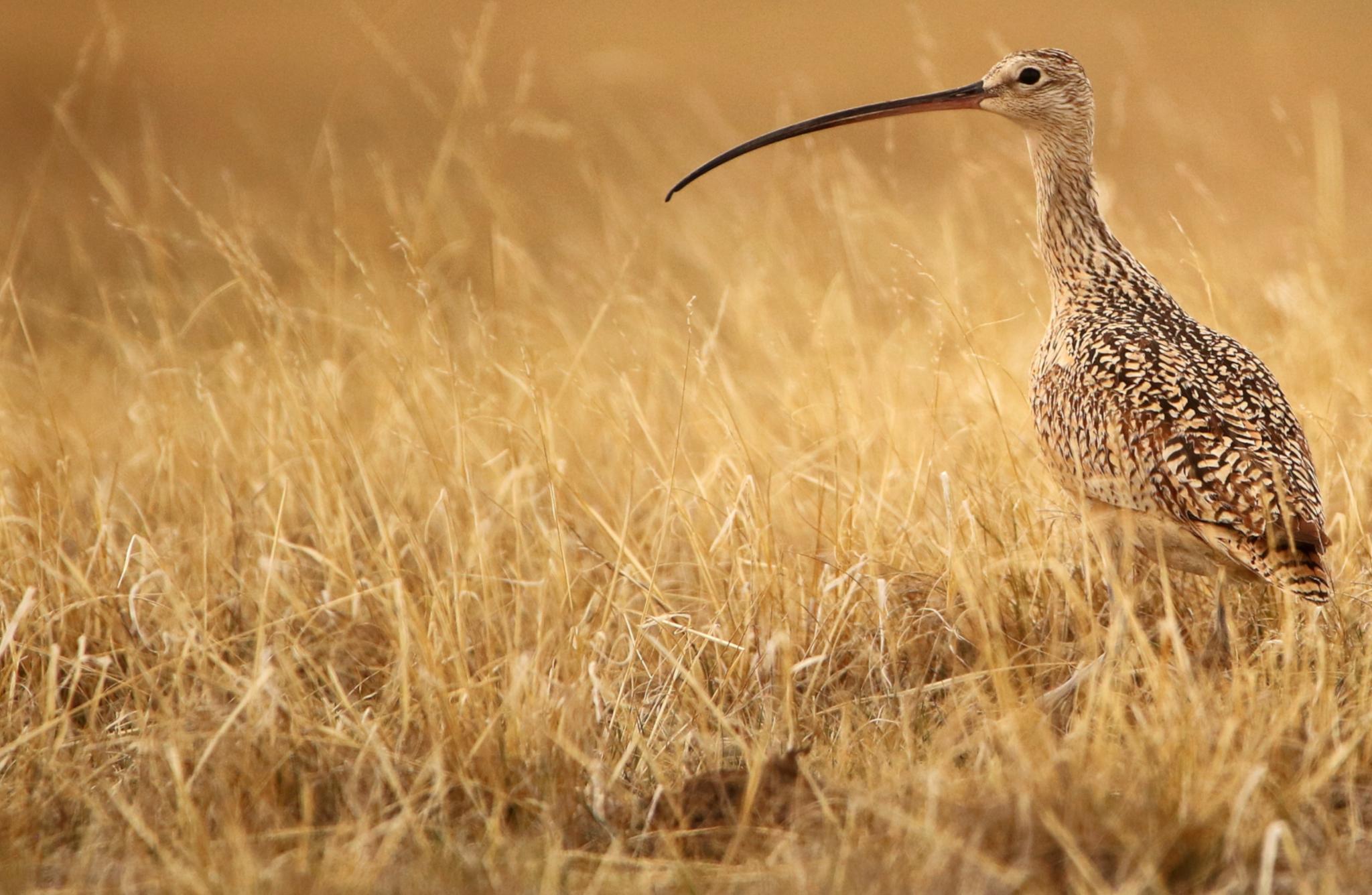 Welcome to the Long-billed Curlew Project

Long-billed Curlews are North America’s largest shorebird. In Canada, they breed in southern Alberta, Saskatchewan, and the interior of British Columbia. Approximately 16% of the Long-billed Curlew’s global breeding range is in Canada. The species is designated by the federal Species at Risk Act as a species of Special Concern. In British Columbia, the curlew is Blue-listed and considered Vulnerable.

In British Columbia, a province-wide population estimate hasn’t been made since 2005, and we need to know how these birds are doing to determine and update their conservation status. That's why, in the Spring of 2022, Birds Canada is organizing volunteer-based surveys of Long-billed Curlews across the province. They consist of single-day roadside surveys conducted along ca. 30-km transects within known grasslands and croplands. The survey timing is between April 23 and May 8, with dates progressing from south to north. They are conducted in the following regions: Okanagan-Similkameen, Thompson-Nicola, Cariboo-Chilcotin, Prince George-Nechako, and East Kootenays. Any team of 2-3 people who can identify curlews by sound and sight can participate!