Goals : To generate counts of migrating birds for use in long-term population monitoring, especially landbird species not monitored by current breeding or winter surveys; To carry out cooperative research projects on the ecology of migrating birds.

Dataset summary : This dataset contains daily estimated totals (DET) from the Vaseux Lake Migration Monitoring Station. DET is a standard protocol used by Canadian Migration Monitoring Network stations to estimate the total number of individuals of each species occurring at a site during migration.

Sampling Design : Standardized captures and observations used to derive daily estimated total throughout migration window.Daily totals are a combination of the numbers from the banding, census and the observations, Numbers are adjusted down to account for birds duplicated on the different survey methods according to the species general observability and consultation with all observers. 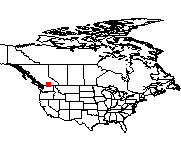