Goals : To generate counts of migrating birds for use in long-term population monitoring, especially landbird species not monitored by current breeding or winter surveys; To carry out cooperative research projects on the ecology of migrating birds. The migration monitoring program in Mackenzie has three broad goals: 1. To monitor changes in the populations of small landbirds, that use and migrate through the Mackenzie area by providing annual indices of population numbers and structure, species composition, migration timing and possibly survival rates and indices of productivity. Of particular concern are species not effectively monitored by other survey methods (e.g. Breeding Bird Survey) and species showing declines in other regions. 2. To understand migration ecology and its relationship to breeding dynamics and management issues, particularly the significance of Mugaha Marsh as a stopover site. 3. To build partnerships within the community and between industry, naturalists, academia, First Nations, governments and interested citizens.

Dataset summary : This dataset contains daily estimated totals (DET) from the Mackenzie Nature Observatory. DET is a standard protocol used by Canadian Migration Monitoring Network stations to estimate the total number of individuals of each species occurring at a site during migration.

Years (comments) : CMMN was launched in 1998 as an ongoing monitoring program. The first migration monitoring station in North America was LPBO, started in 1960. Mackenzie Nature Observatory was orriginally established in 1994 at Gagnon (only used in 94 & 95), 1995 at Mugaha

Season(s) and frequency : The station operates daily during the Fall from approx. July 19 - Sept. 23.

Field methods : Combination of standardized daily captures, census, visible migration counts and other observations resulting in a daily estimated total for each species. The monitoring period is 6 hours in duration and the census period is 1 hour. The station runs 12 mist nets. 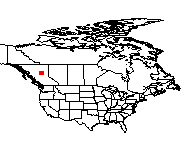