Goals : The goal of eBird is to engage bird watchers to participate in a protocol driven checklist program. The eBird database can be used by: participants, to track their personal observations and maintain lists of all of the birds they've ever seen, those recorded at specific locations, or recorded over specific periods of time; or to create lists of birds recorded from various locations and dates based on the records of other eBirders. other birders and amateur naturalists, allowing them to learn about the birds in any region. scientists, to uncover patterns in bird movements and ranges across North America, including migratory pathways, wintering and breeding ranges, arrival and departure dates, range expansions and contractions, and a host of other important environmental relationships. conservationists, to identify important areas for birds based on current range distributions, and to track population trends that can be used to create management plans for endangered, threatened, and at-risk species. educators, who may use the cumulative database to teach students about birds and the scientific process, including collecting, analyzing, and interpreting results. anyone, to discover where species can be found throughout the year; which birds are regularly found at specific locations across North America; when certain species arrive or depart from their breeding and wintering grounds; and many other possibilities.

Dataset summary : eBird Canada, a project developed by Birds Canada, the Cornell Lab of Ornithology and the National Audubon Society, provides a simple way for birders to keep track of the birds they see anywhere in North America with a focus on the birds of Canada. You can retrieve information on your bird observations, from your backyard to your neighborhood to your favorite bird-watching locations, at any time for your personal use. You can also access the entire historical database to find out what other eBirders are reporting from across North America. In addition, the cumulative eBird database is used by birdwatchers, scientists, and conservationists who want to know more about the distributions and movement patterns of birds across the continent. Various regional eBird clones exist (aVerAves, Vermont eBird, Mass Audubon eBird, Texas eBird, Bird Conservation Network eBird, Gulf Coast Bird Observatory eBird), but they all contribute to the cumulative eBird database. 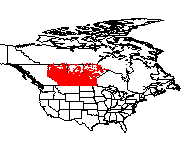