Goals : To generate counts for use in long-term population monitoring of Monarch Butterflies.

Years (comments) : The Monarch Butteryfly Census was added to the LPBO protocol in 1990

Field methods : Fall migration of monarch butterflies is monitored at two sites on Long Point: the Tip, at the eastern end of Long Point, and Breakwater, about 15km west of the Tip and closer to the base of the peninsula

Data collection methods : Standardized counts consisted of a 1-h afternoon walking census conducted between 1300-1700 hours along a delineated path, during which a single surveyor counted the number of monarchs seen foraging or passing through the count area. 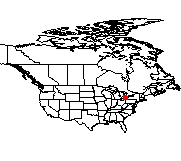